No Place I Would Rather Be: Roger Angell and a Life in Baseball Writing (English Edition) por Joe Bonomo 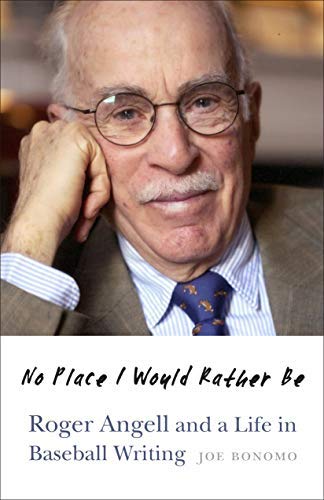 Joe Bonomo con No Place I Would Rather Be: Roger Angell and a Life in Baseball Writing (English Edition)

Legendary New Yorker writer and editor Roger Angell is considered to be among the greatest baseball writers. He brings a fan’s love, a fiction writer’s eye, and an essayist’s sensibility to the game. No other baseball writer has a through line quite like Angell’s: born in 1920, he was an avid fan of the game by the Depression era, when he watched Babe Ruth and Lou Gehrig hit home runs at Yankee Stadium. He began writing about baseball in 1962 and continued through the decades, lately blogging about baseball’s postseasons.

No Place I Would Rather Be tells the story of Angell’s contribution to sportswriting, including his early short stories, pieces for the New Yorker, autobiographical essays, seven books, and the common threads that run through them. His work reflects rapidly changing mores as well as evolving forces on and off the field, reacting to a half century of cultural turmoil, shifts in trends and professional attitudes of ballplayers and executives, and a complex, discerning, and diverse audience. Baseball is both change and constancy, and Roger Angell is the preeminent essayist of that paradox. His writing encompasses fondness for the past, a sober reckoning of the present, and hope for the future of the game.