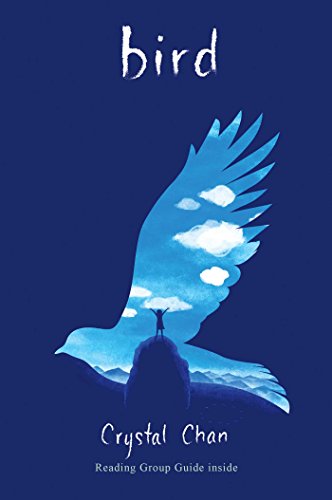 Entrenched secrets, mysterious spirits, and an astonishing friendship weave together in this extraordinary and haunting debut that School Library Journal calls "a powerful story about loss and moving on."

Nothing matters. Only Bird matters. And he flew away. Jewel never knew her brother Bird, but all her life she has lived in his shadow. Her parents blame Grandpa for the tragedy of their family's past: they say that Grandpa attracted a malevolent spirit--a duppy--into their home. Grandpa hasn't spoken a word since. Now Jewel is twelve, and she lives in a house full of secrets and impenetrable silence. Jewel is sure that no one will ever love her like they loved Bird, until the night that she meets a mysterious boy in a tree. Grandpa is convinced that the boy is a duppy, but Jewel knows that he is something more. And that maybe--just maybe--the time has come to break through the stagnant silence of the past.

Review
"The extraordinary debut novel by Crystal Chan juggles a possible suicide, a mute and terrifying grandfather, astronomy, geology, betrayal and love with elegance and guts . . . The best thing about Bird isn't just its cultural uniqueness – not many kids' novels are about duppies, or Jamaican evil spirits – but how this excellent book feels like it actually happened." (Guardian)

"Crystal Chan's debut is a heartbreaker, a children's book with the potential to move readers of any age. Anyone who has ever felt like a cuckoo in the nest will be grateful for this assured, unsentimental novel." (Metro)

"Simultaneously sad and lovely, this is one of the best middle grade books we have read in a long time." (The Bookbag)

"In a thoughtful debut, Chan weaves together topics of race, repressed emotion, and destructive family dynamics, setting events against the beauty of the Midwestern landscape. Jewel's gentle voice offers moments of insight and wisdom as she becomes empowered to move beyond her parents' losses and desires." (Publishers Weekly)

"Beautifully written literary debut novel about families and secrets, with a hint of magic." (Bookseller)

From the Back Cover
Grandpa stopped speaking the day he killed my brother, John.

His name was John until Grandpa said he looked more like a Bird with the way he kept jumping off things, and the name stuck. Bird's thick, black hair was like the head feathers of the blackbirds, Grandpa said, and he bet that one day Bird would fly like one too. Grandpa kept talking like that, and no one paid him much notice until Bird jumped off a cliff. From that day on, Grandpa never spoke another word. Not one.

The day that Bird tried to fly, the grown-ups were out looking for him - all of them except Mom and Granny. That's because that very day, I was born.


Crystal Chan grew up as a mixed-race kid in the middle of the Wisconsin cornfields and has been trying to find her place in the world ever since. She has published articles in several magazines; given talks and workshops across the country; facilitated discussion groups at national conferences; and been a professional storyteller for children and adults alike. In Chicago, where Crystal now lives, you will find her biking along the city streets and talking to her pet turtle. Bird is her first novel.